I moved to Arizona from Ohio in January. There was a lot I didn’t consider before moving: employment, residence, state citizenship, insurance, and a buffet of other issues that come with moving. For the most part, I made it work, but there was one thing I didn’t account for…

I was now chronologically distant from my Midwest crew. The Twitter followers, the Facebook friends, the blog readers, their schedule was out of sync with mine. How was I supposed to stay connected to them, especially when I was at work for eight hours of the day?

That’s when Buffer saved me. 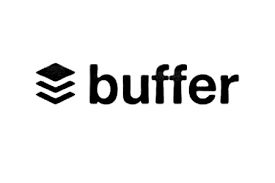 Buffer is so simple that it works even for casual tweeters. So if you’re feeling overwhelmed by HootSuite or SocialBro (both of which are fantastic), give Buffer a try.

Whenever you think of a clever tweet or want to share a bit of news or a link, you add it to the Buffer. Buffer will allow you to stack multiple tweets and then post them for you throughout the day. It looks a little like this:

I first started adding tweets to Buffer on a late night before going to bed. I woke up that morning to retweets and @ replies from my east coast pals who had already been awake for 3 hours. Success!

After using it for a few days I was rediscovering followers who I had forgotten were following.

The free version of Buffer shows if you’ve been retweeted and how many potential followers you’ve reached as a result, but a paid version will unlock other analytics like @ mentions and favorites. I use other applications to run analytics, and most stats are already on Twitter, but if you’re really into Buffer I’m sure it’s worth it.

You can also link your Buffer to Facebook to schedule statuses. There’s a mobile app, and it’s similar enough to the online version that there isn’t much to say about it.

Yes, it absolutely works. And I’m not even being paid to say that. I noticed an instant increase in @ replies and retweets when using it. It also freed me from the anxiety that comes with neglecting your social media accounts when you’re doing real-life person things.

You know that Klout thing that we all claim is irrelevant but check obsessively? I saw that score increase by three points in just one week of use, which qualified me for some perks that I wouldn’t have been eligible for otherwise.

Free booze and DVDs? I’m in.

And to think Mom said blogging would never pay off.

Have Any Thoughts To Add?

Since 2009 we’ve worked with a lot of awesome companies, of all shapes and sizes. Some of our most commonly served industries include:

We use cookies on our website to give you the most relevant experience by remembering your preferences and repeat visits. By clicking “Accept All”, you consent to the use of ALL the cookies. However, you may visit "Cookie Settings" to provide a controlled consent.
Cookie SettingsAccept All
Manage consent

This website uses cookies to improve your experience while you navigate through the website. Out of these, the cookies that are categorized as necessary are stored on your browser as they are essential for the working of basic functionalities of the website. We also use third-party cookies that help us analyze and understand how you use this website. These cookies will be stored in your browser only with your consent. You also have the option to opt-out of these cookies. But opting out of some of these cookies may affect your browsing experience.
Necessary Always Enabled
Necessary cookies are absolutely essential for the website to function properly. These cookies ensure basic functionalities and security features of the website, anonymously.
Functional
Functional cookies help to perform certain functionalities like sharing the content of the website on social media platforms, collect feedbacks, and other third-party features.
Performance
Performance cookies are used to understand and analyze the key performance indexes of the website which helps in delivering a better user experience for the visitors.
Analytics
Analytical cookies are used to understand how visitors interact with the website. These cookies help provide information on metrics the number of visitors, bounce rate, traffic source, etc.
Advertisement
Advertisement cookies are used to provide visitors with relevant ads and marketing campaigns. These cookies track visitors across websites and collect information to provide customized ads.
Others
Other uncategorized cookies are those that are being analyzed and have not been classified into a category as yet.
SAVE & ACCEPT